The eye of the Eurofighter Typhoon

The combat aircraft Eurofighter Typhoon is considered the backbone of many air forces in Europe and the Middle East. In order to provide longevity and to ensure that the Typhoon aircraft will continue to be a force multiplier, the fighter is receiving capability upgrades, including the introduction of a new radar system.

Considered as national key technology in Germany and as the main sensor of the Eurofighter, the radar system plays a central role in future capability enhancements.

Eurofighter aircrafts previously relied on the mechanically-scanned (M-Scan) fire control radar technology. However, latest developments in the performance and scalability of electronically-scanned radars have led to the utilisation of this technology now being able to be implemented into the fighter.

Eurofighter partner nations – namely Germany, Italy, Spain and the UK – have backed the development of an active electronically-scanned array (AESA) radar for the Eurofighter Typhoon for a number of years via its multinational Euroradar industrial consortium.

This led to export nations Kuwait and Qatar receiving the first examples of the so-called CAPTOR-E radar system.

60 years of fighter radars from HENSOLDT

Now, a step change is occurring in the development of the radar system, as the home nations have made the decision to adopt AESA into their aircraft fleets, albeit under a different guise in the way work has been carried out. Different operational requirements have been identified by the Eurofighter nations, as they have decided to develop new teams, with Germany and Spain working together in a new set-up.

The consortium involves HENSOLDT (Germany) and Indra (Spain) developing the so-called Eurofighter Common Radar System (ECRS) MK 1 radar that will be delivered to Eurofighter partner Airbus Defence & Space for installation in German and Spanish Eurofighter combat aircraft. The radar builds on components of the CAPTOR-E radar system, but is different in core elements and operational capabilities.

There are different requirements from the involved partner nations, and you cannot do both sets with the same configuration of the radar. Therefore, the Mk1 radar requires a different set of hard and software which essentially makes it a new radar.

Frank Döngi
Head of the Eurofighter Radar department at HENSOLDT 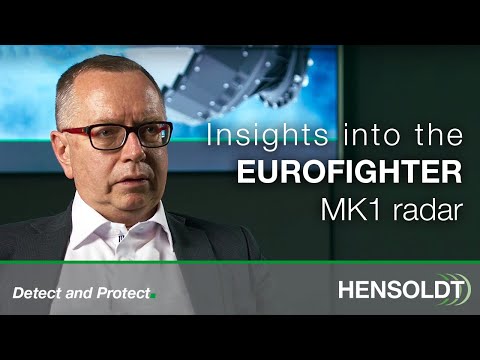 The Mk1 will include more electronic support measures (ESM) and electronic warfare capabilities in comparison to the CAPTOR-E, while target recognition and detection are also expected to be improved. Other notable features are the ultra-high-resolution imaging SAR (UHR-SAR) and target recognition through STAP processing.

In terms of technical developments, there are two major differences: a fully digital multi-channel receiver that HENSOLDT has been working on for some time; and new transmit receive modules that offer a greater frequency range and that have a larger bandwidth. Both of the capabilities are needed for improved agility within the frequency band, as well as enabling the radar to have better recognition capabilities.

Both new radar configurations can be integrated into the same airframe type (from Tranche 2 onwards), so customers will be able to decide which radar to pick from. They can also decide to switch to a different configuration during upgrade cycles, and in the future, competition is expected for the radar during export campaigns. 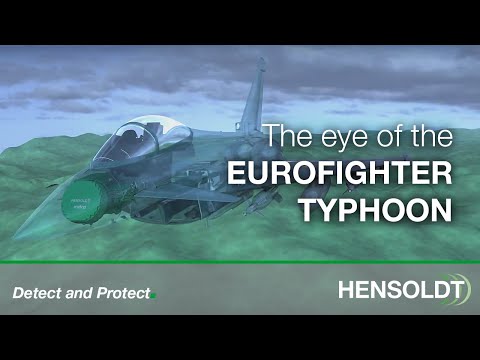 A major part of the design of the MK 1 will derive from HENSOLDT’s experience as Germany’s leading radar house, as well as its involvement in both the mechanically scanned CAPTOR-M radar and the AESA CAPTOR-E for the Typhoon. For the latter it already provides antenna, receiver, and processor components as well as other electronics.

While the company has a wealth of experience in radar and more specifically the CAPTOR programme’s development, this will be the first time that HENSOLDT will take the lead on a fire control radar. This is an exciting transition that HENSOLDT is keen to embark on. 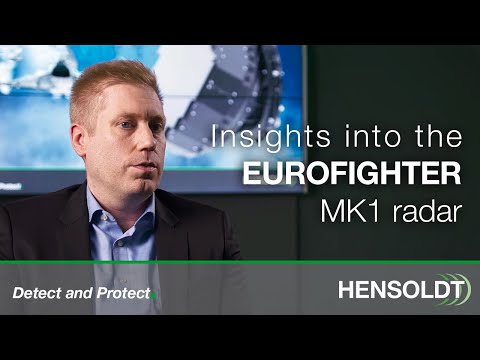 Work between HENSOLDT and Indra has already begun under an initiation phase which started beginning of 2020. German parliament approval granted in June 2020 has kick-started the programme.

HENSOLDT is ambitious in its approach to the Mk1 development and is striving to deliver the first MK 1 radar in the middle of the decade. There will be many targets and milestones in between, but this is expected to be the end of development and start of series delivery for the MK 1 radars.

Serial production will be split between Germany and Spain, one of which will take the lead on the development of the Mk 1 radars depending on the numbers being ordered by each country. HENSOLDT will continue to support both the mechanically scanned CAPTOR-M radar for Typhoon as well as the CAPTOR-E while in parallel taking the lead on the ECRS Mk 1 programme. This will ensure that all Typhoon operators have an up-to-date capability for their fleet.

Technical upgrades like the development of a new radar system are being carried out in order to keep the Typhoon relevant for future challenges, helping it continue to remain a leading European fighter in its class nearly three decades after its maiden flight.