Modern surveillance aircraft – manned or unmanned – are bristling with an array of sensors and high-performance systems, allowing them to carry out complex missions against a broad spectrum of threats. With such advanced technology, the seamless integration of multiple onboard systems is now more important than ever, and when done correctly provides end users with an extremely capable, multi-mission platform.

A twin-turboprop aircraft fitted with a range of advanced sensors is flying at 20,000ft, conducting a routine night patrol over a busy section of coastline. An operator seated at a console in the cabin is carefully monitoring their screen, the aircraft’s powerful HENSOLDT PrecISR AESA radar mounted below the fuselage is scouring a huge 250nm radius area below.

The operator suddenly gets an alert, among the thousands of targets the radar can track in the air and out at sea, the AI-driven mission computer has detected an aircraft radar track that does not fit the normal pattern of life. The target is a light aircraft flying below surveillance radar level with its transponder and lights off – it is practically invisible.

Using the radar track information, the crew quickly slew the nose-mounted ARGOS II electro-optic payload onto the target and the thermal imaging camera tracks the aircraft. Using previous intelligence reports and the aircraft’s behaviour, the crew is confident that it is smuggling narcotics. The aircraft’s commander uses the platform’s on-board communications system to talk to security forces on the ground, giving real-time updates on its location and relaying a live video feed.

Finally, the suspect aircraft lands, but unknown to the smugglers the crew above is still watching and has communicated to ground forces the final location. Ground units move in to arrest the crew and seize  millions worth of drugs. Mission accomplished.

The significance of a comprehensive architecture

Whether it is the armed forces or law enforcement, fixed-wing and rotary aircraft are routinely used to assist in intelligence gathering for operations as well as provide situational awareness to units deployed on the ground or at sea. These airborne platforms can also provide early detection of numerous threats using onboard sensors, whether that is potential terrorist activity near a patrol base, a build-up of military forces at a border, or a boat illegally smuggling people or narcotics.

Because of their strategic importance, it is vital that an aircraft tasked with ISR has a comprehensive architecture that allows it to collect, process and transmit intelligence, surveillance and reconnaissance (ISR) data in real-time to support operational decision-making. This means advanced sensors that can gather detailed intelligence data – be it cameras, radar or signals intelligence tools (or a combination) - as well as mission systems that can process and fuse the large amounts of data collected using artificial intelligence (AI) and machine learning algorithms.

Finally, once that data has been collected and processed, it needs to be disseminated across the intelligence chain to be actioned by the appropriate force. This dissemination requires target-oriented analysis as well as advanced encrypted communication and data link systems.

Insights into HENSOLDT´s Integrated Airborne Solutions strategy
We embed our videos via YouTube. To watch the video, you have to accept cookies. 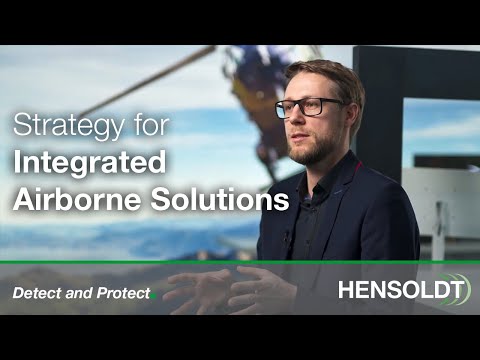 The challenge of system integration and how to overcome it

Bringing together all these advanced systems onto an aircraft is not simple; in fact, it is an extremely complex engineering task that requires highly specialist engineering teams with immense knowledge of system integration. If the systems are from different manufacturers all over the world, then it makes the job even more complex.

System integration is one of the most challenging aspects of aerospace and defence programmes, often introducing higher risk and complexity for projects that often lead to delays or cost overruns. These challenges could eventually lead to a suboptimal platform that does not meet requirements, especially if subsystems are incompatible with each other or additional equipment is needed.

HENSOLDT is overcoming these challenges by creating bespoke suites for manned and unmanned aircraft, which fully integrate systems into an architecture that enables the platform to perform whatever mission the customer requires and to match the concept of operations (CONOPS) they have developed. This could be for maritime surveillance, border patrols, or combat ISR missions using converted commercial aircraft.

Hart compares this to the consumer smart device market, from which customers are more likely to use multiple smart devices from the same company that share the same operating system and interfaces, rather than buy outside the “ecosystem”. If a consumer stays within the company ecosystem, the experience is likely to be far more seamless and the devices will provide additional capabilities when they interconnect.

“Our objective is to do the same, so the radar passes parameters to the electro-optic system, to the computer and to the datalink, so you don’t have any incompatibility or integration issues,” said Hart.

From equipment provider to solutions provider

To mature its airborne architecture solutions, HENSOLDT is pioneering a new airborne systems integration lab that can simulate the entire aircraft from a systems perspective.

By migrating the embedded software that runs on real-life sensors onto a server, the HENSOLDT team is able to simulate sensor feeds such as radar or electro-optics virtually in the lab. This is then coupled with a flight simulator that accurately recreates terrain all over the world along with a range of weather conditions.

“You can fly with the camera and you can zoom in to any object - we can also simulate all of the radar contacts. We can also simulate entities on the ground and create patterns of life, people walking, cars driving or aircraft flying. You can have a completely immersive environment.”

The integration lab can be used to demonstrate capabilities or to train operators, but it can also be used as a development environment to test and iterate new capabilities, particularly in emerging areas such as artificial intelligence and the development of algorithms for data fusion. In addition to the lab, HENSOLDT has developed several integrated airborne architectures that are optimally suited for key missions, which are now being offered to customers for a range of manned and unmanned aircraft.

These can bring together a range of HENSOLDT sensor technologies – including the PrecISR AESA radar, ARGOS-II electro-optics, and Kalætron signals intelligence suites – as well as mission computers featuring advanced processing, and wideband data links such as the HENSOLDT Lygarion solution or standard military-grade Link 16.

The HENSOLDT sensor suite can be further enhanced with Artificial Intelligence capabilities in two specific areas. Firstly, Object Detection, Classification and Tracking (ODCT) is a machine learning algorithm that processes ground and airborne video imagery in order to differentiate different objects. This has multiple applications such as detecting drones against background clutter such as buildings, foliage as well as moving objects such as vehicles, birds in flight and other aircraft. Other applications include identifying abnormal aircraft and surface vessel traffic patterns in a congested radar environment where criminal activity may be taking place.

Secondly, Open Source Intelligence (OSINT) is an AI capability that analyses in real time as well as scheduled recording multilingual variety of  traditional and social media and communications activity in order to recognise emerging patterns such as insurgency activity or civil unrest and street riots. The AI based training algorithms allow processing unstructured and raw data into structured information. This provides an ultra long-range sensor capability whereby such hotspots can be geo-located and communicated to law enforcement agencies, military operators and ISR aircraft.

For military aircraft, system integration will also include self-protection suites that protect against missile and ballistic threats that are present in today’s combat zones.

DE 9+ HENSOLDT Kalaetron - Radar Warning Receiver (RWR)
We embed our videos via YouTube. To watch the video, you have to accept cookies. 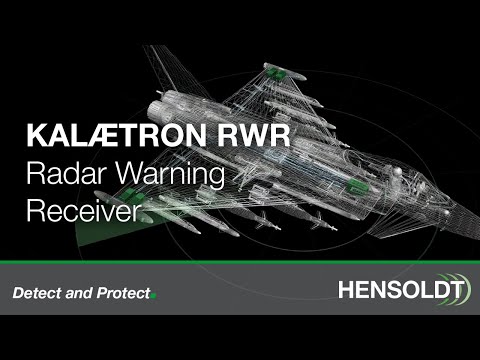 HENSOLDT can also assist its customers with regulations that are often present when it comes to converting civilian aircraft to military platforms, using its experience as a solution provider to reduce risk and cost for the customer while speeding up the conversion schedule.